When the space craft was orbiting around the dark side of the moon and lost radio contact with Earth, the astronauts’ radio channel filled with a haunting endless melody, while they expected radio silence behind the moon. 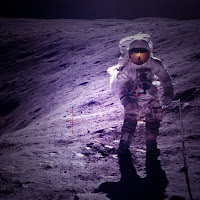 They wonder where the source is. Why it is communicating through music? Is this voice less hymn the universal language?

Was it God, Divine, Universe or Nature talking to them through reminiscent of a tonal-based New Age music or probably our ancient alien ancestors were trying to communicate with us? How to translate it to words?

On the other hand, is it a peace message or a warning to leave?

The source of the sound was not as supernatural as our thoughts, since the haunting New Age music source was inter-solar and as usual there was a scientific answer for it.

Jupiter’s magnetosphere is responsible for overtaking astronauts’ communication radio channel. With no other closer and more powerful signal to override Jupiter’s influence, the astronauts were treated to the kind of haunting New Age music track. 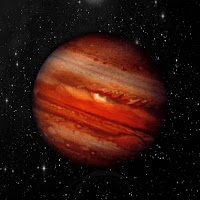 It might not satisfy our delusional mind expectations, but let’s not forget that in ancient Roman myths, Jupiter is the king of the Gods, the God of Heaven and Earth and of all the Olympian Gods, and also known as the Justice God.

So, who knows? Beside scientific explanation by NASA for this endless melody, it is the universal power of Jupiter that generates and communicates in a haunting New Age music.